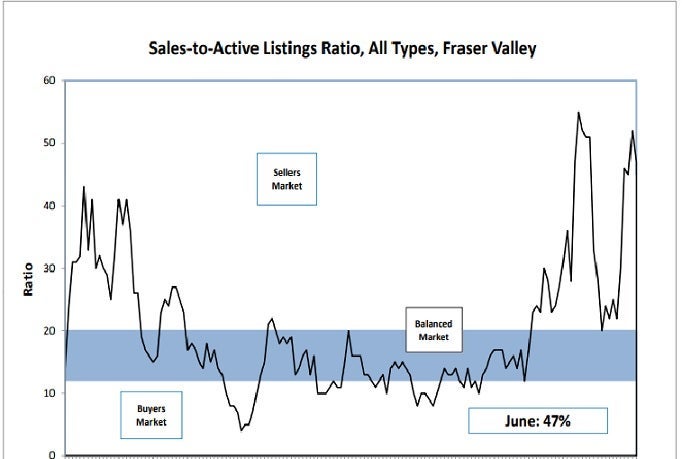 While overall market activity slowed slightly in June, apartment sales reached record-breaking levels at 683 transactions for the month.
The Fraser Valley Real Estate Board processed 2,571 sales of all property types on its Multiple Listing Service® (MLS®) in June, a decrease of 10.2 per cent compared to the 2,864 sales in June of last year, and a 5 per cent decrease compared to the 2,707 sales in May 2017.
At 683 sales, apartment transactions represented 27 per cent of all sales activity in the Fraser Valley in June, increasing 13.1 per cent compared to apartment sales in June 2016 and 12.2 per cent compared to May 2017. The average number of days to sell an apartment in June was 15 days, compared to 32 at this time last year. "We knew that there was a growing appetite for our attached properties, but this month was exceptional," said Gopal Sahota, Board President. “I think one reason demand has continued to be so strong for our region is that we have such diverse, robust inventory to help buyers find the right home even in a more complex market like this one.”

The Fraser Valley Real Estate Board is an association of 3,440 real estate professionals who live and work in the BC communities of North Delta, Surrey, White Rock, Langley, Abbotsford, and Mission. The FVREB marked its 90-year anniversary in 2011.