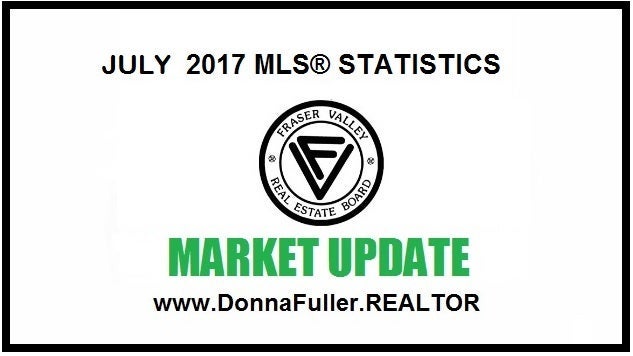 Sales activity remained strong in July, despite month-over-month decreases for each of the three major residential property types. This was the sixth strongest July historically for the Fraser Valley Real Estate Board. The Fraser Valley Real Estate Board processed 1,937 sales of all property types on its Multiple Listing Service® (MLS®) in July, a decrease of 1.3 per cent compared to the 1,962 sales in July of last year, and a 24.7 per cent decrease compared to the 2,571 sales in June 2017.

Of the 1,937 sales processed last month, 447 were townhouses and 544 were apartments. This is the twelfth consecutive month attached sales have outpaced detached sales in the region.
“Even though activity has eased off for the summer we’re continuing to see the same trends we’ve seen all year. Namely, strong demand for attached-style homes and slight but steady increases in pricing," said Gopal Sahota, Board President.

Last month the total active inventory for the Fraser Valley was 5,970 listings. Active inventory decreased by 0.7 per cent year-over-year, and increased 8.8 per cent when compared to June 2017.

"Thankfully we’re continuing to see greater amounts of inventory come on to the market, with homes that are priced effectively still selling fast and encountering multiple offer situations,” continued Sahota.
“If you’re looking to buy, you’ll be in the best position to do so if you know what you want and can make a decision quickly. Talk to a REALTOR® to help you get where you need to be.”
For the Fraser Valley region, the average number of days to sell a single family detached home in July 2017 was 24 days, compared to 18 days in July 2016. 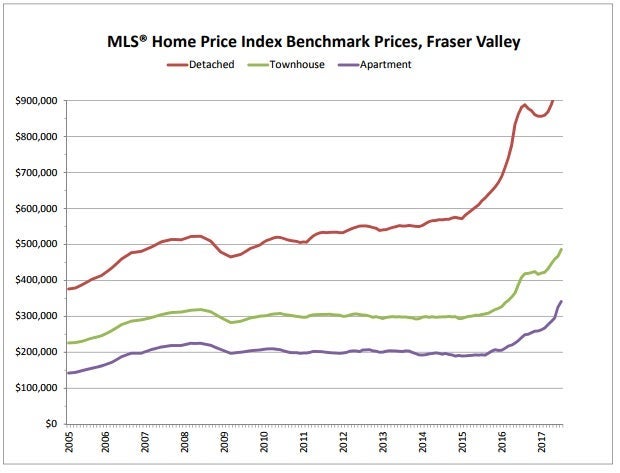