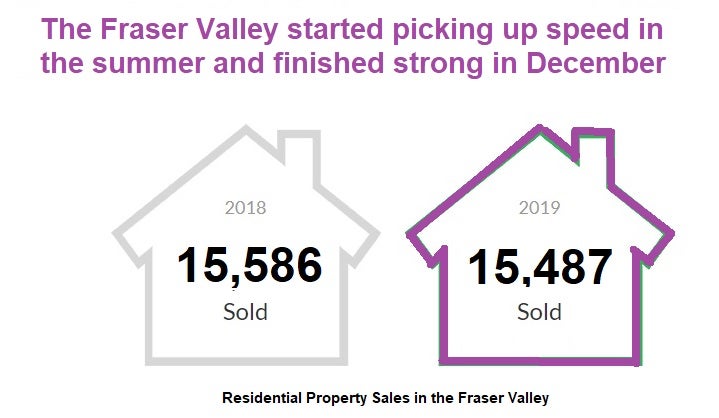 After a sluggish first half of the year, property sales in the Fraser Valley started picking up speed in the summer and finished strong in December, but not enough to surpass last year’s sales totals.

In December the Board processed a total of 1,247 sales, the third best December since 2010. Active inventory
finished at 4,686 units in December, 20.3 per cent lower than the 10‐year average for the month, with a total of
948 new listings entering the market throughout the month.

The Fraser Valley Real Estate Board is an association of 3,691 real estate professionals who live and work in the BC communities of North Delta, Surrey, White Rock, Langley, Abbotsford, and Mission.
*Statistics provided by the FVREB.
Click here to search listings in the Fraser Valley